Why is Dream Theater's fan base predominantly male 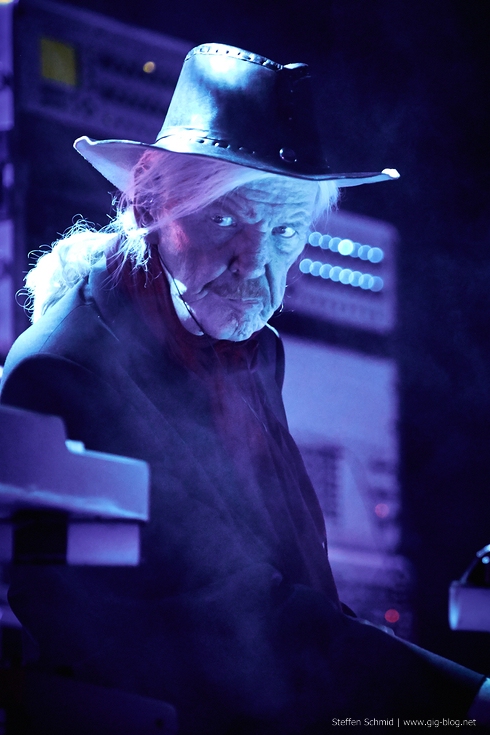 Tangerine Dream are a veteran of electronic / cosmic music from Germany. During my Krautrock studies a few years ago, I came across a comparison of TD with Pink Floyd, especially “Dark Side Of The Moon”, in which it was stated that TD put Pink Floyd in their place and would treat them like amateur astronomers make it look. Anyone who actually listens to an album like “Zeit” (1972) by the early TDs can confirm that this comparison is very appropriate. I can't show more than a few albums from that time. The show today is part of the “Phaedra Farewell Tour”, and I am already expecting that the album “Phaedra” (1974), which I own and quite like, will be performed for the best. It has not been confirmed and I am a bit surprised - I did not expect such sounds as will come today. A friend of mine at an advanced age with a considerable understanding of music also comments on my announcement to go to the TD show with “are you really still alive?” And “au - but this is going to be spherical!” There are probably even more than one alive from the early days around 1967 - band founder Edgar Froese is still there. Other ex-members listen to names like Klaus Schulze and Conrad Schnitzler (actually already deceased) - anyone who has dealt with German electronic music from the early 70s knows these names of course.

I can marvel at the impressive arsenal of equipment on stage shortly before eight when it starts at 8:00 p.m. sharp. The audience at the really advanced age is probably not unhappy about that. Well attended by mostly male fans - only a few (presumed grandchildren) children, and the three from the gig blog (T.B.S) press the average age. It really is. 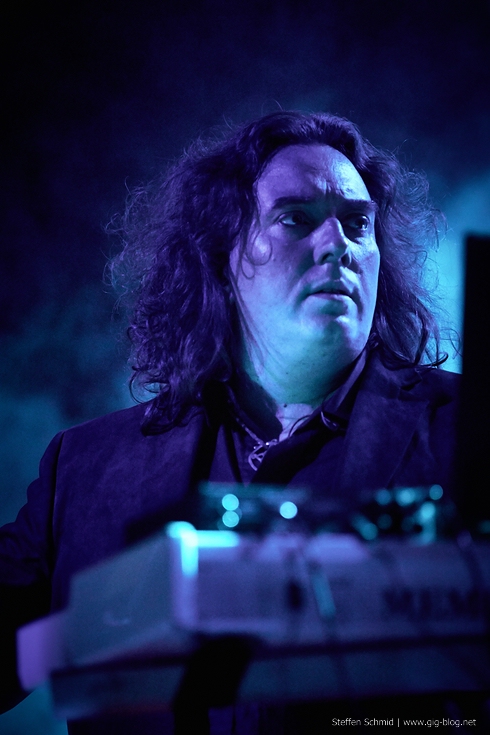 I like the first piece very much. As already mentioned, I had expected “it will be spherical” - but then there will be a techno piece that I could easily imagine in a 2014 club. If the set list matches previous shows, the song is called “Odd Welcome” - fits my amazement perfectly. So it goes on lively - pretty much forward, live drums from a standing drummer, in the center Chef Froese on synthesizers directing his fellow musicians, among other things. The seating now seems pretty wrong to me. A clear case of dance music - that's the only way it can't work. Imagine a seated daft punk concert. The set drifts clearly from quite contemporary techno / electro into the 1980s. Colleague B. and I have the same idea about a “Europe” comparison. I am increasingly thinking that I am actually the wrong reporter for this concert - too little at home in electronic music. To come back to the 80s flair - that is already massive. Starting with the hairstyles and flowing clothes of the respectable musicians, the drum sticks glowing in the black light, the sound of the drums and the way the drummer plays, the likewise luminous and absolutely inaudible violin, and all in all songs that are probably not from this one must have come from a glorious era.

The crown was put on by a completely uninvolved person - my neighbor. I notice his laxity early on, the flashing, not exactly inconspicuous device under his half-open jacket makes me think. But he looks too nerdy for a terrorist. After exactly 45 minutes he has to get out of cover - the cassette is over, it is skilfully turned, and the illegal recording of the show on a cassette recorder continues. 80s style. The poor guy is definitely one of the big fans in the hall, is full of excitement, one hand operates nonexistent keys - he just can't clap, because otherwise the device could fall out, or he wouldn't have his own clapping on the bootleg want. It's really funny how he looks at the clock every few minutes so as not to miss the crucial moment. 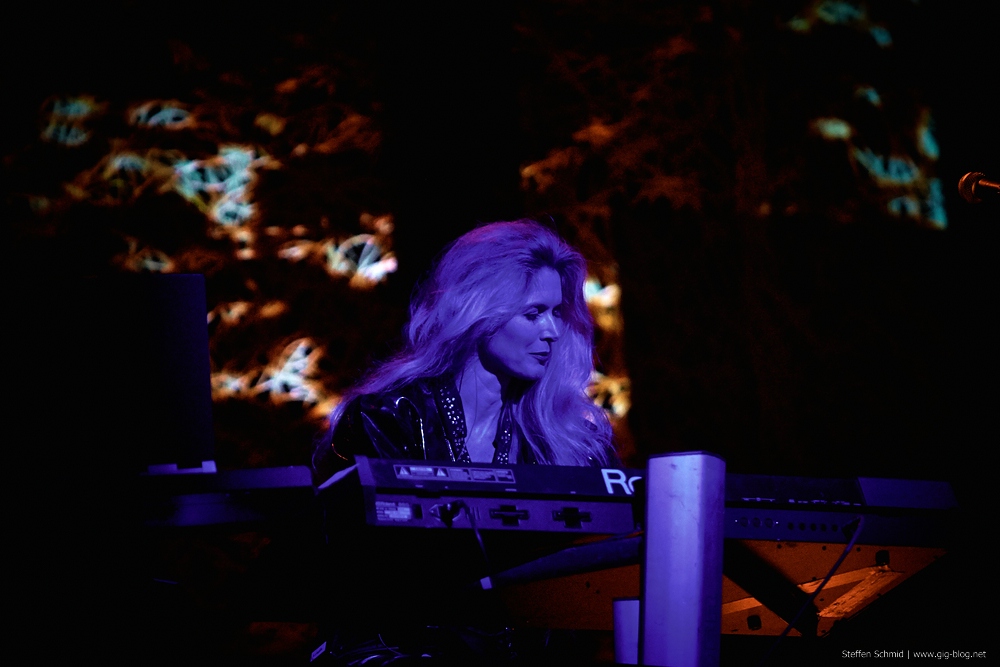 I also like a piece with guitar - Froese, also a guitarist at TD, shows what he's capable of and plays considerable solos over spherical sounds - it doesn't look uncool like the one hanging over his stool in the (80s) fog. Apart from some inaudible instruments, the sound is pretty good today.

The older people are allowed the 20-minute break - we also had it with Guru Guru - they are fine.

Part 1 was still fully instrumental, now it starts with a piece with female vocals. A woman in a bird costume is dancing to it - well. More pieces with violin parts can now be heard more clearly, but overall I don't find any momentum. The interaction with the audience is still difficult - I blame it on the seating. 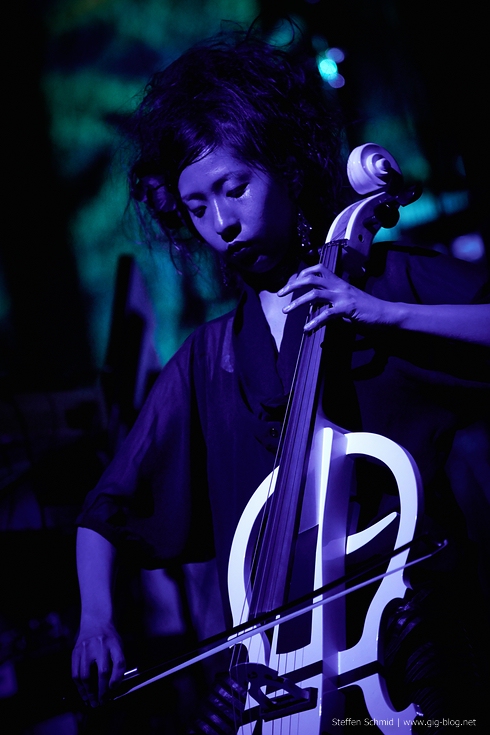 The encore still delivers very good pieces, there is also the first and only song that I recognize immediately. I haven't yet been able to find out whether this is a cover, at least I've known it since childhood, probably from a soundtrack, a real catchy tune.

At the end there is a short speech from Froese - politician bashing - to whom you can hear your age or a less good state of health very clearly. All the more respectable that he put on a show that lasted well over two hours. Maybe soon to have “Live at Theaterhaus Stuttgart” as a bootleg. 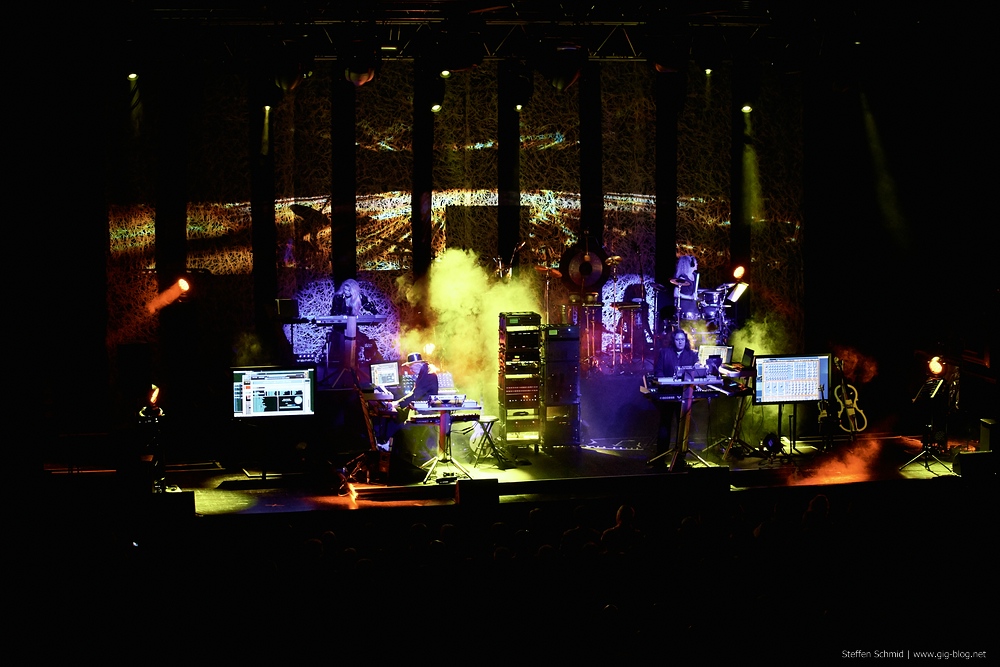