This is how the injector cleaner works

Injectors, also known as fuel injectors, give the engine the right dose of fuel before each combustion cycle. Injection nozzles in diesel engines are usually referred to as injectors. Whether gasoline or diesel, injection nozzles are prone to defects in both types of engine.

In the past, injection nozzles still worked mechanically, today they are electronically controlled solenoid valves that have become true precision instruments. The nozzles are networked with other components and sensors relevant to combustion via the engine control unit. At the end of the 1980s, gasoline injection largely replaced the carburettor because it offers many advantages. The most important thing is to reduce fuel consumption, because compared to modern injection systems, carburettors are more or less better watering cans. In addition, gasoline injection enables the use of a regulated catalytic converter and is therefore jointly responsible for significantly cleaner exhaust gases. 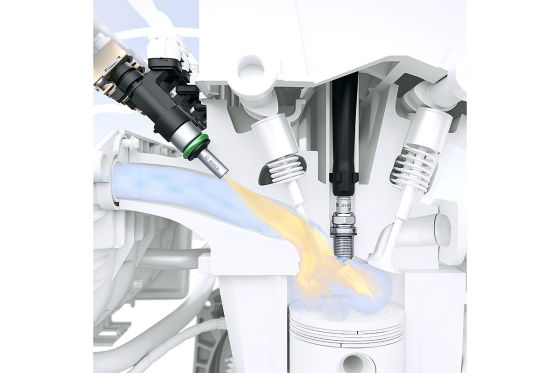 All information about technology and repairs 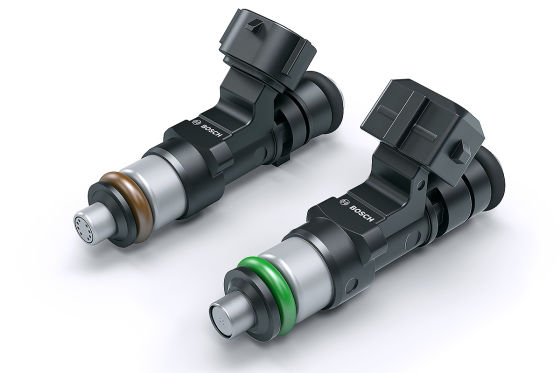 Injection valves for manifold injection: the tiny openings are barely visible. Deposits can rarely be seen with the naked eye.

As a rule, the more precise the technology, the more vulnerable it is. Since the ultra-fine bores of the injection valves can quickly become clogged, for example by poorly filtered fuel, this can lead to blockages and permanent failures. This does not necessarily have to be noticeable through combustion misfires, but the problem should be resolved. This is because even a slight change in the atomization of the fuel can have a detrimental effect on the consumption and the performance of the engine. The injection nozzles of direct injectors are exposed to particularly high levels of stress in the combustion chamber. There is even a risk that other components will be affected by a changed injection behavior. Defective injectors can burn holes in the piston, because instead of a fine mist, a jet of fuel is generated that burns directly on the piston crown. Due to their location in the combustion chamber, direct injection nozzles are exposed to particularly high levels of stress. In some cases, the material cannot permanently withstand pressure and heat, and the valves fray at their edges, which also leads to a deteriorated spray pattern. Much more often, however, with direct injectors, the injectors coke, which means that some of them fail completely. Other defects include short circuits in the injector solenoid coils, deposits from additives and brittle cable connections to the control unit.In addition, worn sealing rings on the injection valves can lead to leaks and thus to loss of fuel. 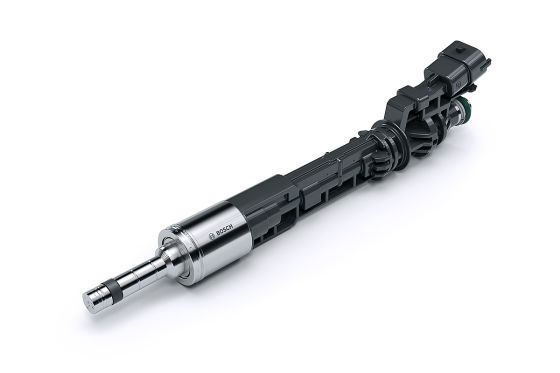 Injection valve of a direct injection engine: Since the valves mostly run vertically through the cylinder head, they are much longer.

Depending on the degree of damage, a disturbed fuel supply due to one or more defective injection nozzles can be felt differently. From imperceptible drops in performance, deteriorated exhaust gas behavior and starting difficulties to increased consumption, restless idling, flashing or permanent lighting of the engine control lamp, to engine knocking (uncontrolled ignition of the gasoline) and permanent combustion misfires, everything is possible. The consequences of defective injection nozzles can be serious.If unburned fuel gets into the particle filter or catalytic converter, it can be destroyed. If the misdirected fuel jet washes off the oil film on the cylinder wall in direct injectors due to a defective injection nozzle, this can even result in a seizure of the piston. So if you notice the symptoms described in your car, you should go to a workshop as soon as possible.

In older vehicles, cleaning the injection nozzles almost always leads to an improvement in the injection behavior, since the additives and the deposits on the nozzles are actually dissolved by adding the additive. The resulting increase in performance is usually barely noticeable. But the exhaust gas behavior is also improved thanks to the more optimal combustion in the engine. In rare cases, users of such additives reported that even stubborn deposits could be dissolved and serious problems such as combustion misfires disappeared. However, such cases are rare; such symptoms usually require professional cleaning (including removing the injectors) or even replacing the injectors. Anyone who decides to use a so-called injection system cleaner on their engine should find out about the approval of specific cleaners from the vehicle manufacturer in advance. Because the additive is tipped into the fuel tank and gets through the entire fuel system, including pumps, high-pressure pumps, pressure regulators and nozzles.
* Prices: Amazon prices from April 29th, 2021 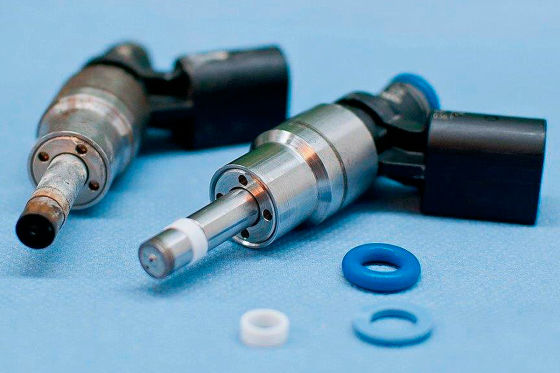 Before and after cleaning: The cleaned injection nozzles are given new seals and a new microfilter before they are installed.

Stubbornly dirty injection nozzles that can be easily removed (intake manifold injection) can be cleaned in an ultrasonic bath. It is also helpful to clean or, if possible, replace the microfilters above many of the nozzles. Over time, they have become clogged with the finest particles, so that the original throughput is no longer achieved. The cleaned nozzles are installed with new sealing rings. 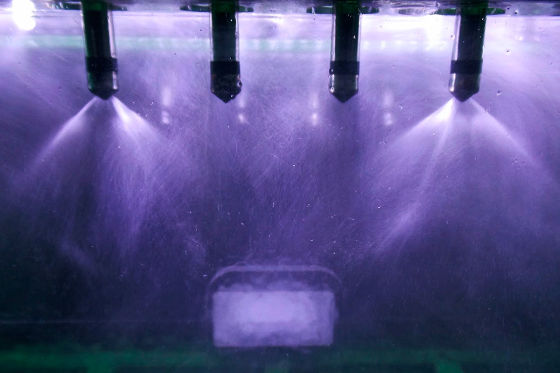 The spray pattern of the injection nozzles can be checked on the test bench.

Some companies offer professional cleaning of injection nozzles and diesel injectors. The valve is also activated here during cleaning. This means that the nozzles open and close, which optimizes the cleaning process. In addition, such specialist companies can also check the jet pattern of the nozzles on a test bench. Furthermore, the throughput and the flow rate can be checked. For optimal engine operation, it is important that all of the engine's injection nozzles have approximately the same throughput, since the engine control unit has to compensate for the different injection quantities of the individual cylinders. It only works to a certain extent.

The costs for the professional cleaning of injection nozzles mainly depend on the type of injection nozzle. The cheapest way to clean intake manifold injectors is: Cleaning a nozzle costs from around 30 euros. In the case of injection valves of direct injectors, between 40 and 70 euros per valve must be taken into account. Piezo injectors, often found in diesel, are cleaned for 70 to 90 euros each. In addition to the prices for cleaning, there are the costs for installing and removing the nozzles. Experience has shown that this is the greater cost factor for direct injection engines. Because the injection nozzles are often difficult to reach. In the case of diesel engines, special tools are required to remove the injectors that are usually very stuck. Depending on accessibility and the number of nozzles to be removed, up to five hours of wages can be incurred for removal and installation in the workshop. In some cases it is impossible to avoid the destruction of the stuck injection nozzles.

Check injection nozzles in the workshop

Workshops have several options to check the function of injection nozzles without having to remove them. This begins with reading out the fault memory and checking the cable connection of the injection nozzles using a multimeter. A fuel pressure test may reveal other defective components, such as a defective high pressure pump, a worn fuel pressure regulator. In addition, the resistance of the injector solenoid coils can be checked with the aid of an ohmmeter. An oscilloscope can display the voltage and the pulse duration of the individual nozzles in order to compare the values ​​with the nominal data.