Contract for work: What engineers should pay attention to

The work contract is an important topic for everyone who works independently. As an engineer, for example, you have the choice between signing a free service contract or a work contract. But there are a few things to consider. 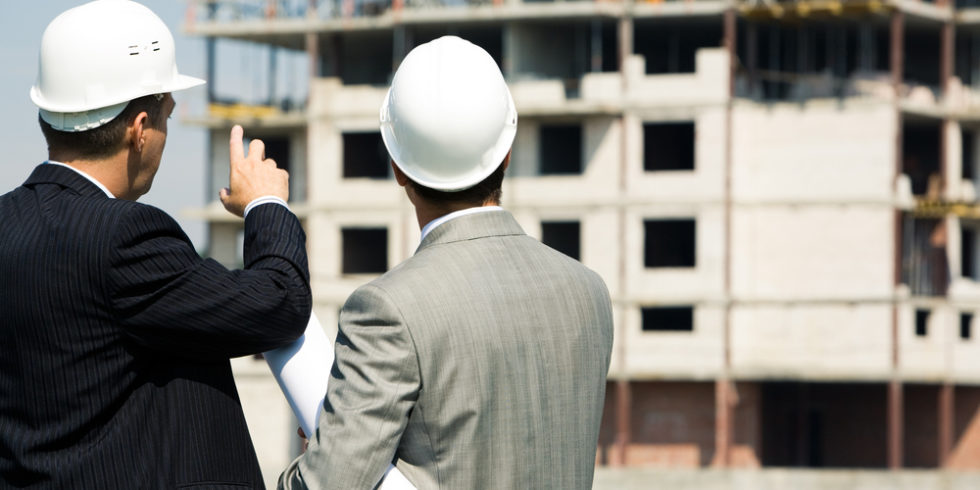 The work contract: an important topic for self-employed engineers.

At a Work contract As a contractor (also called contractor) you undertake to create a specific work for the client (also called customer). If you receive a corresponding wage from the client for this, it is a private law contract for work according to Section 631 ff of the German Civil Code (BGB).

Contract for work - that's what the article is about:

Contract for work and services defines work and remuneration

The contract-typical obligations are documented in the contract for work, whereby the ordered work does not have to be rebuilt. Changes to something can also be the subject of contracts for work and services.

This means that you can conclude a service contract with your employer both when you repair a production plant and when you develop new software. The main features of the contract for work and services are regulated in Paragraph 631 of the German Civil Code. Here it says: "The object of the contract for work and services can be the production or modification of one thing as well as another success to be brought about through work or service."

Contract for work: remuneration only after work has been completed

If you, as a contractor, sign a contract for work, you commit yourself to achieving a certain level of success. In return, you will receive the contractually agreed remuneration, the wages, from the client.

The Federal Court of Justice (BGH) made an important decision of principle a few months ago, which is particularly interesting now in the Corona crisis - and especially for the construction industry.

Because with the decision of January 30th, the BGH answered the long controversial question of the content of the compensation claim according to § 642 BGB. In the case of a contract for work and services, the customer must regularly cooperate. For example, he has to draw up plans or obtain permits and, above all, make a building plot available.

In the Corona crisis, for example, it can happen that a construction site is quarantined. Then the customer cannot provide a ready-to-build plot of land. If there is no cooperation, the entrepreneur must still keep personnel, machines and capital ready to perform without being able to be economically active on this construction site. For this he has the right to compensation according to § 642 BGB. The calculation for this has long been controversial. According to the new fundamental decision, the entrepreneur is entitled to no-fault compensation for the unproductive means of production (including risk, profit and general business costs). From this, in turn, the amount that the entrepreneur was able to save on expenses or acquire through other use of his labor is to be deducted.

In plain language: You do not get the remuneration for investing working time and making an effort. You will only receive your work wages if you also dutifully create the agreed work. According to the provisions of the German Civil Code, the following types of contract are typical contracts for work and services:

In principle, the amount of the remuneration can be freely agreed by the contractor and the client. If the contracting parties have not agreed a remuneration, it is based on industry-specific prices, such as the fee schedule for architects and engineers (HOAI). If there are no fixed prices, remuneration is customary in the industry. As a rule, the agreed remuneration is a cash payment. That does not have to be that way.

Job reference: You have these rights

If you, as the contractor, agree to a remuneration within the framework of the contract for work with the client, this amount also covers the ancillary costs (e.g. travel costs) that are incurred for the creation of the work. Unless otherwise agreed in the contract.

Features of a work contract

A work contract is also characterized by the following features:

In addition, there are also freight contracts that regulate the transport of things and people from A to B and certain contracts in the construction industry. However, special regulations apply here, some of which supplement the statutory regulations of the German Civil Code.

In contrast to the work contract, you provide your work performance within the framework of a service contract instead of creating a work. For this, you will receive remuneration (the salary) from the employee - usually the employer and you are the employee. The amount of the remuneration is part of the contract negotiations and is usually paid after the work has been performed.

Ranking: Engineers earn the most in these regions

For a service contract, the German Civil Code (BGB) defines the minimum standards to be complied with in various paragraphs in order to protect both contracting parties. These are among others:

(1) Through the service contract, the person who promises services is obliged to perform the promised services, the other party to grant the agreed remuneration.

(2) The subject of the service contract can be services of any kind.

(1) The employment relationship ends with the expiry of the time for which it was received.

(3) The Part-Time and Fixed-Term Employment Act applies to employment contracts that are concluded for a specific period of time.

5. if the remuneration is not based on time periods, at any time; however, a notice period of two weeks must be observed in the case of an employment relationship that fully or mainly uses the employment of the person obliged.

(1) If a company or part of a company is transferred to another owner through a legal transaction, the latter shall assume the rights and obligations arising from the employment relationships existing at the time of the transfer. If these rights and obligations are regulated by the legal norms of a collective agreement or a works agreement, they become the content of the employment relationship between the new owner and the employee and may not be changed to the detriment of the employee before the end of one year after the date of transition. Sentence 2 does not apply if the rights and obligations of the new owner are regulated by the legal norms of another collective agreement or by another company agreement. Before expiry of the period in accordance with sentence 2, the rights and obligations can be changed if the collective agreement or the works agreement is no longer valid or if there is no mutual collective agreement within the scope of another collective agreement, its application is agreed between the new owner and the employee.
(2) In addition to the new owner, the previous employer is jointly and severally liable for obligations under paragraph 1, insofar as they arose before the point in time of the transfer and are due within one year after this point in time. If such obligations fall due after the transition, the previous employer is only liable for them to the extent that corresponds to the part of their assessment period that has expired at the time of transition.
(3) Paragraph 2 does not apply if a legal person or a partnership expires through conversion.
(4) The termination of the employment relationship of an employee by the previous employer or by the new owner due to the transfer of a company or part of a company is ineffective. The right to terminate the employment relationship for other reasons remains unaffected.

(5) The previous employer or the new owner must inform the employees affected by a transfer in writing about:

If the service relationship is continued after the end of the service period by the obligated party with the knowledge of the other part, it is considered to be extended for an indefinite period, unless the other part objects immediately.

As a rule, there are hardly any differences between a service contract and an employment contract. In the case of an employed employee, they are identical if he only works for one employer and is socially dependent on him, he has to follow his instructions, uses the work equipment that the employer makes available to him to perform the work and the working hours and scope are specified . In addition, the employee must not employ his own employees, bear no economic risk, and he must be integrated into the employer's corporate structure.

Starting salary: That's how much engineers earn when they start their careers

Details on the contract for work - remuneration, rectification, compensation

As already described, the element of work production distinguishes the work contract from the service contract. Because through a service contract, only the work performance and not a certain success (the creation of the work) is agreed. In addition, there are other important aspects and peculiarities of the contract for work and services: If you, as the contractor, have not made any agreements on remuneration with the customer, you cannot simply calculate what you want after the work has been accepted by the customer. In this case, the client only owes you the remuneration that is customary in the industry.

And the remuneration is only due if the contract for work has been successfully fulfilled. An example: A craftsman accepts a defective device for repair, but cannot repair it because it is technically not feasible or the repair would be disproportionately expensive. Then he can only demand remuneration for his (unsuccessful) efforts if this is explicitly agreed in the contract for work.

If the performance of the contractor, i.e. the creation of the work, is defective and the responsibility lies with him, the client must give him the opportunity to repair (or re-produce). Normally, the client will ask the contractor to make improvements and set a deadline. If the defect in the created work is still not eliminated, the contractor is liable. Neither the unsuccessful nor the successful rework is associated with additional costs for the client.

Contract for work: possible subject matter of the contract

The subject of typical contracts for work and services are construction work, repair work, manual activities such as furniture production, installation, wallpapering, and the production of a tailor-made suit. This also includes transport services such as taxi rides or the production of artistic works such as pictures or sculptures and the preparation of reports and plans.

As a contractor, you are obliged to create the work in accordance with the target properties agreed in the work contract.The work should have exactly the fitness for use that is contractually defined. The client is obliged to accept the work that has been produced in accordance with the contract. Even if the work shows insignificant defects, he is obliged to accept it. According to the law, a work is also deemed to have been accepted if the client does not accept the work within a period set by the contractor.

Cost estimate and contract for work

Assuming that you as the contractor should prepare a cost estimate at the request of the client, a distinction is made between two cases:

But when are the costs “significantly” exceeded? That is based on the individual case. In principle, excesses of more than 10% to 25% can be viewed as significant. Restriction here: If you as the contractor can foresee that the costs will be significantly exceeded, you must inform the client immediately.

Advance payment in the work contract

If you are commissioned as a contractor for the creation of a work, you make advance payments and bear a risk that, depending on the work, can be not insignificant. In order to compensate for the economic disadvantages caused by the pre-financing, there are two regulations:

Is the end of the maximum and minimum rates of the HOAI threatened?

Bogus self-employment - effects of legal uncertainty among the self-employed

Why self-employment is an alternative