Smart contracts from Ethereum have a future 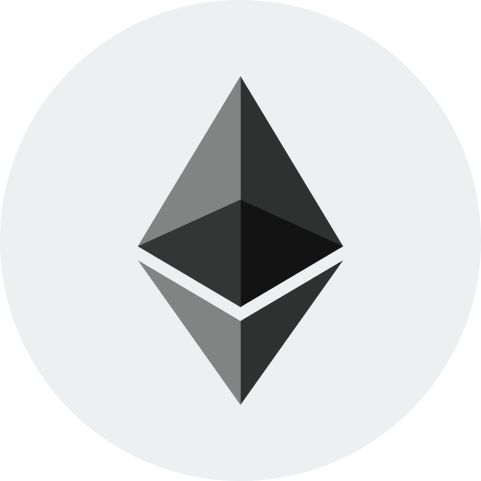 Ethereum is currently the second largest cryptocurrency in the world. Ethereum was released in 2015. The most influential programmer of the operation is Vitalik Buterin. Ethereum and Bitcoin's operating principles are completely different. Bitcoin is a value transfer system in the middle of a payment network protocol, while Ethereum can be declared as a complete ecosystem. The potential of Ethereum is enormous and many people believe it to be the greatest technological innovation of the entire 2010s.

Ethereum is a decentralized platform with its own blockchain. Ethereum is its own ecosystem in which everyone can create their own distributed application, or “Dapp” ​​for short, so-called smart contracts (intelligent processing). Even creating your own cryptocurrency with the help of Ethereum doesn't seem far off. Everyone tries to be as safe and reliable as possible so that there is no need for middlemen or authorities. The entirety of all data is accessible and readable for everyone, so it is easier not to be cheated. Ethereum is undeniably the most successful project in the platform category. Smart contracts are one of the most revolutionary inventions of the Ethereum platform. Smart contracts can be used in any situation that requires automated processes. Smart contracts also provide unprecedented trust as all data is stored in a blockchain. Once data has been stored in the blockchain, it can no longer be manipulated afterwards. Setting up smart contracts is also much faster and cheaper compared to conventional contracts. Smart contracts have the potential to change the contractual basis of the future.

Those interested in Ethereum should know that the name refers to the entire ecosystem. When you invest in Ethereum, you are actually buying Ethereum's cryptocurrency Ether (ETH). Ether is known as the fuel for running the Ethereum platform. Using Ether, it is possible to use computing power from Ethereum's peer-to-peer network. By investing in Ethereum (or Ether in practice) you believe in the spread of Ethereum and in the growth of apps that are based on Ethereum.

When talking about Ethereum, an organization called the Enterprise Ethereum Alliance (EEA) cannot be ignored. The EEA brings together some of the largest companies in the world, such as IBM, Microsoft, Intel, JPMorgan and Accenture. The EEA aims to serve people and businesses around the world. The EEA proves that even the world's largest companies are beginning to understand the value of cryptocurrencies like Ethereum.

The history of Ethereum

Ethereum is one of the oldest cryptocurrencies on the market. Ethereum was founded by a programmer named Vitalik Buterin. Ethereum's commercial IT publication happened in 2013. Ethereum's ICO happened in 2017. In short, an ICO is like crowdfunding. Thanks to Ethereum's ICO, over $ 20 million has been raised for project development.

The years 2017 and 2018, on the other hand, were excellent for Ethereum. Most of the new cryptocurrencies of that time were founded in the Ethereum blockchain. Therefore, Ethereum's contribution to the explosive growth of the market has been significant. During this time, Ethereum also gained worldwide fame and some large companies were considering opportunities for profitability in their businesses.

The differences between Ethereum and Bitcoin

Ethereum and Bitcoin are by far the largest cryptocurrencies in the world. However, individually, viewed as cryptocurrencies, they are fundamentally different. Ethereum was originally developed as a programming language for Bitcoin. The programming language enables developers to program a wide variety of programs in the blockchain. The areas of application of Bitcoins and Ethereums are different. Bitcoin is a payment system as well as a currency. While Bitcoin tries to bring Paypal and online banking to a standstill, Ethereum aims to eliminate third-party internet parties using the blockchain.

The Ethereum blockchain is maintained in the same way as the Bitcoin blockchain. The Ethereum network could not function without miners. The mining machines are powerful computers that catch transactions from the mempool and place them in a new block. There are thousands and thousands of miners on the Ethereum blockchain. You will be rewarded for your work with ether tokens. This conventional model is also called the proof of work. Ethereum is steadily migrating from this proof of work model to a proof of stake model. In this model, the miners are replaced with "inspectors". Reviewers weigh the original network tokens by putting them on the blockchain to create new blocks.

Ethereum and Bitcoin are completely different cryptocurrencies that are fighting for different market shares. In particular, Bitcoin and Ethereum support each other with their success.

Ethereum as an investment

Ethereum is one of the oldest and most famous cryptocurrencies on the market. Ethereum was officially released in spring 2015. Ethereum has grown a lot over the past few years. New and innovative programs are constantly being published through the Ethereum Blockchain. Compared to other platforms, Ethereum has the most apps and developers. The awareness and use of the Ethereum Blockchain has grown steadily over the last few years.

While Ethereum is by far the most famous ecosystem of cryptocurrencies, there has been an increase in competitors in recent years. However, Ethereum has a clear advantage over its contenders. Like Bitcoin, Ethereum also has the so-called "first mover advantage". Ethereum has the most talented developers and projects. For example, all current decentralized financial applications (DeFi) are built on the Ethereum blockchain. Right now, Ethereum gives developers endless possibilities.