What is a snow leopard

Snow leopards are perfectly adapted to life in the high mountains. Their thick fur is ideal protection from the extreme cold, their large paws prevent them from sinking into the snow, and their long, bushy tail helps keep them balanced. 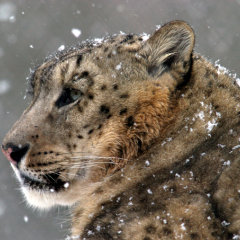 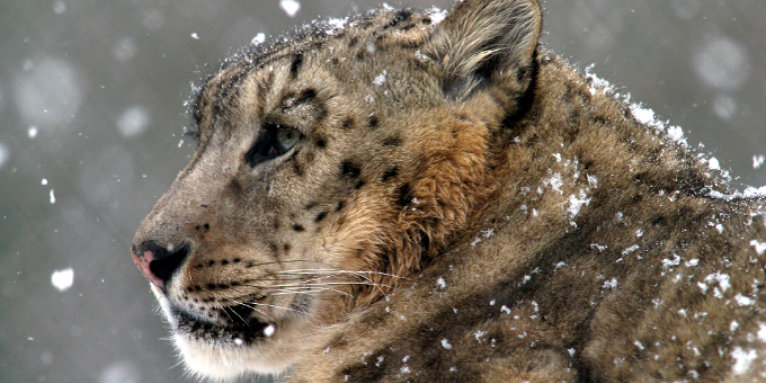 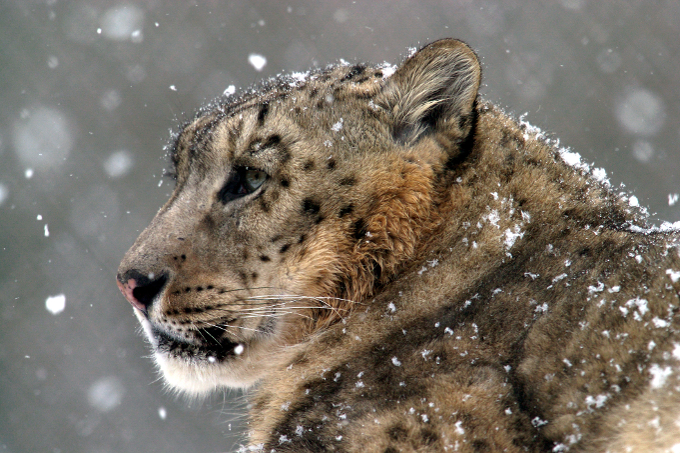 The perfect adaptation to life in the high mountains

Like tigers and lions, snow leopards are big cats. They are perfectly adapted to their life in the cold high mountains. The enlarged nasal cavities serve to preheat the mountain air, which is up to minus 40 degrees Celsius, before it gets into the lungs of the snow leopard. The air above the tree line, the preferred habitat of the snow leopards, is thin - so they need strong lungs to get enough oxygen. Accordingly, the animals have a particularly large chest.

Snow leopards have extremely large paws. They work in a similar way to snowshoes and ensure that the animals only sink slightly into the snow. In order to overcome wide crevasses, the snow leopard can jump up to 16 meters. In this masterpiece - snow leopards are record holders in this discipline in the animal kingdom - they are helped by the almost one meter long, bushy tail. But the tail has another advantage: When it's very cold, it can be wrapped around the body like a warming stole.

The dense, grayish-beige mottled fur of the snow leopard has a long undercoat that can reach up to 12 centimeters in length on the belly. Their fur coloring offers them optimal camouflage both between rocks and in the snow. Only very practiced eyes will be able to make out them between the rocky outcrops they prefer.

Purring instead of roaring - similarities with the house cat

Snow leopards occupy a special position within the genus Panthera: They are the only big cats that cannot roar. Instead, they purr like domestic cats. The reason for this is that the larynx of all other big cats such as the lion, jaguar, leopard, and tiger is shaped differently. Domestic cats and snow leopards have other things in common: Both are loners, have a preference for elevated vantage points, like to play and avoid hectic and noise. Like house cats, snow leopards are so-called hide hunters and do not eat their food in a lying position, but in a crouching position.

Anatomically, however, there are essential differences, based on the different habitats and the respective adaptation to them. Because snow leopards live in harsh, cold, and rocky environments, they have thicker fur, much larger paws, and longer tails than domestic cats. In addition, snow leopards only mate in a clearly defined season (January to March) and have fewer young on average.

More about the snow leopard