IBS is worth it

IBS symptoms can be caused by SIBO! Well worth checking out!

Have you suffered from flatulence, diarrhea or similar stomach problems for years? Have you tried every diet and medication for IBS (irritable bowel syndrome) with little or no success? Current studies indicate that SIBO (also known as bacterial overgrowth of the small intestine) can be responsible for up to 78% of IBS cases. [1]

Because symptoms differ from person to person, few people have previously been diagnosed with SIBO. Now doctors and researchers are finding that this condition is more common than they would have thought, although the exact numbers are unknown. This stems from the fact that SIBO can easily be overlooked. Read on to learn more about SIBO symptoms, what tests can be done to determine the presence of SIBO, and what diet should be used to minimize symptoms.

What contributes to the development of SIBO?

A healthy intestine depends on many factors and therefore many aspects are taken into account in order to keep the intestinal ecosystem in balance and in good condition.

Two things that affect the balance of intestinal bacteria are insufficient stomach acid and intestinal dysmotility - a condition where something has weakened the intestinal muscles, causing the intestinal contents to not move as they should. [3] [4]

In a normal small intestine, muscle spasms push food through the small intestine into the large intestine. When muscles cannot contract properly, the cause of such a condition is usually muscle or nerve failure (the impulse that controls muscle movement). If your intestines move the partially digested food too slowly, they will not be able to move the bacteria effectively into the colon to eliminate them. These bacteria therefore continue to live in the small intestine and multiply there, which has a negative impact on our health and well-being.

Some factors can affect the delicate muscles and nerves of the digestive system and cause bowel dysmotility. Some nervous and muscular disorders are known to be hereditary. In such cases, it is common for family members to have other problems related to the functioning of the muscles of the small intestine or, for example, the bladder. [5] Sometimes these are symptoms of other diseases as well.

The most common causes of bowel dysfunction are:

Another major cause of bowel dysmotility and SIBO is low stomach acid levels. The correct gastric acid level ensures that the food is broken down before it enters the intestines, which speeds up digestion. If the partially digested food and microorganisms don't have a chance to colonize and stay longer, your intestines won't be a bacteria-friendly place.

Low gastric acid levels can be difficult to identify because they look and feel like overproduction of stomach acid. Some of the most common symptoms are:

It is often the case that doctors diagnose gastric acid deficiency as having too much stomach acid. If you tell your doctor that you have heartburn and some of the symptoms mentioned above, you will likely be given a prescription for proton pump inhibitors, which will lower gastric acid levels. PPIs increase the risk of H. pylori overgrowth [8] which contributes to digestive problems and SIBO.

Do the following tests to see if you have low stomach acid levels. First, try simple home methods to increase the amount of stomach acid. Warning: do not try all of them at once as this can result in too much stomach acid.

Capsules with acetic acid (HCL). Start with a capsule of HCL (buy products with pepsin so you can digest both protein and fats) before each meal and drink plenty of water with it. If you don't feel warm, irritated, or generally uncomfortable in the stomach or esophagus, increase the dose to two capsules before meals. Increase the dose of capsules every few days until you reach an amount that will give you a mild sensation of warmth in your stomach, but without discomfort. Warning: Some medications such as NSAIDs and corticosteroids should not be taken with HCL. A doctor or pharmacist should be consulted before experimenting with HCl tablets. 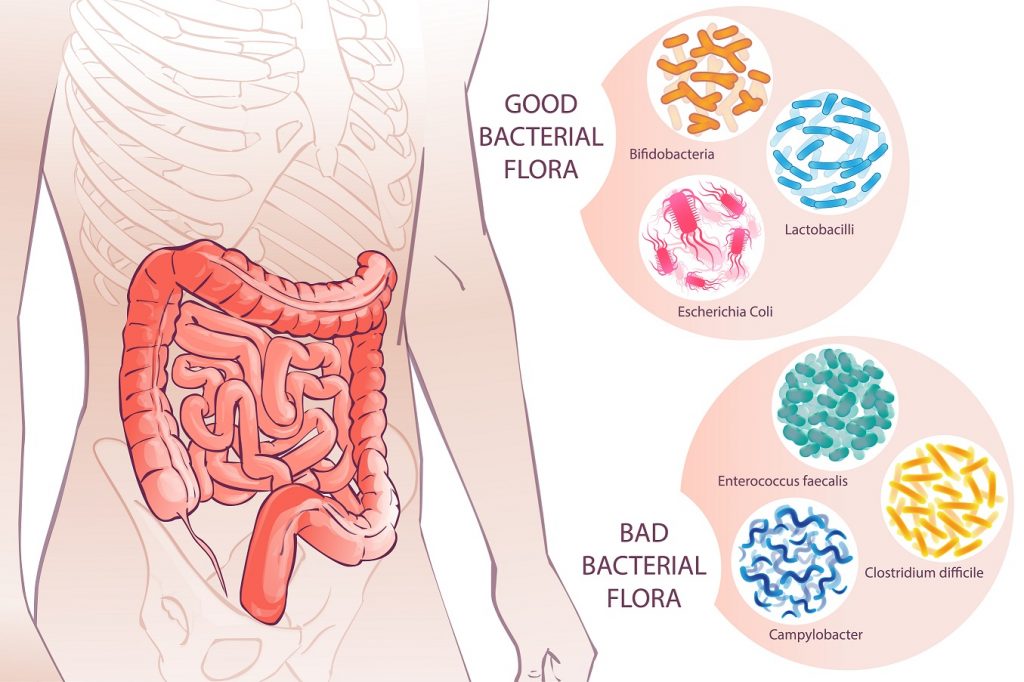 SIBO is one of those hard-to-identify diseases that doctors often diagnose as irritable bowel syndrome or something completely different.

Your SIBO symptoms can be extremely different from those of your friend or mother. It manifests itself in many different ways, and there are millions of different combinations of a long list of symptoms that can indicate SIBO.

SIBO can look like any combination of the following symptoms:

If you go to the doctor with any of the symptoms mentioned above, it is worth starting a conversation about SIBO.

Are there any tests that confirm SIBO?

Another problem lies in the tests available. No test indicates 100% the presence or absence of SIBO and there is still no accepted standard. In the further part we will present the most helpful examinations.

Because the test is expensive and includes sedation and endoscopy, it is not a popular test method, especially if symptoms are mild.

Doctors are more likely to choose breath tests to examine our organism for SIBO and H. pylori. These bacteria feed on carbohydrates from food and produce fermentation gases, especially methane and hydrogen. The SIBO breath test measures the content and presence of these gases.

These tests are performed as follows: Patients are on a strict diet for several days before taking the tests. On the day of the test, they give a breath sample for basal measurement and first drink a solution of glucose or lactulose. The laboratory first takes additional breath samples within two to three hours and then checks how the results differ over time.

When we consume lactulose in our food, we are not digesting it correctly. Bacteria have enzymes that break them down and initially release gas. The breath test, in which this gas is tested, shows roughly how many bacteria are hiding inside us. The disadvantage of LBT is that it is not as sensitive a test as the glucose breath test.

Unlike lactulose, humans absorb and use glucose without major problems. Humans absorb glucose in the first few minutes after consuming it and when we metabolize it we use it as energy and do not produce by-products in gaseous form produced by bacteria. When bacteria consume glucose in the deeper intestinal layers, they release hydrogen and methane, and the "glucose breath test" will detect this.

GBT accurately shows bacterial overgrowth in the duodenum (first part of the small intestine) but not in the ileum (end).

The stool examination shows the bacterial profile in the colon. A high percentage of all bacteria (useful and useless) in the colon can indicate SIBO.

The best methods for treating SIBO (and the worst)

Be careful with antibiotics.

The standard treatment for SIBO is the administration of a range of antibiotics. While antibiotics are sure to eliminate H. pylori in the gut, they also kill any beneficial bacteria in the digestive tract. This will clearly affect your intestinal balance and can lead to indigestion, mental and physical problems. Your intestinal flora influences the functions of your entire organism.

However, while some extreme cases may require antibiotics, it is worth speaking to the doctor to see if some diet and lifestyle changes can be made to see if the situation will improve. It is always better to try less invasive treatments at the beginning and then to resort to strong pharmaceutical agents at the end.

Does the FODMAP Diet cure SIBO?

Doctors often choose to recommend a diet that is low in fermentation oligosaccharides, disaccharides, monosaccharides, and polyols, called the FODMAP diet. The idea of ​​the FODMAP diet is that if you avoid some substances that break down with the help of bacteria that cause gases, bloating, and other symptoms, you won't have as many IBS or SIBO symptoms. [9]

The problem is that the bacteria are not consuming only what is eliminated by the dietary recommendations. They can still work inside you, even if they don't all create by-products that cause you to be bloated and full of gases. The FODMAP diet reduces symptoms [10] which is a good place to start but will not cure SIBO.

First, you have to stop feeding the harmful bacteria to stop them from functioning and multiplying. To do this, you need to follow the basic dietary principles for SIBO:

Doctors prescribe antibiotics to help eliminate the bacteria associated with developing SIBO. Studies show that herbal antimicrobials treat SIBO as well as rifaximin, the most common antibiotic given during SIBO therapy. [11] Although natural herbal antimicrobials are much milder than prescription antibiotics, you are still eliminating some of the good bacteria as you fight the bad bacteria.

Every time you change your diet, lifestyle, or sleep patterns, your microbiome adapts to these changes. The most important thing at this stage is to encourage the bacteria to reach equilibrium, which will make you feel better and healthier. It should be important for you to have a sufficient amount of each "good" strain and to keep "harmful" strains under control. You can achieve this thanks to probiotics (especially Lactobacillus, Bifidobacterium, and S. Boulardii), prebiotics (resistant starch), and a nutrient-rich diet.

SIBO is one of those sneaky diseases that doctors often get out of control when diagnosing the patient's condition. Current diagnostic methods are not ideal and often require consultation with multiple specialists. 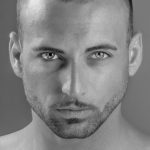 Nutritionist, trainer and supplement specialist. He graduated from Medical University and many courses to prepare for the work of a trainer. As he says of himself: a treasure trove of knowledge.