What frustrates you about hiring a freelancer

Executive coaching for freelancers and the self-employed

Professional personnel management is not a luxury, it is useful and necessary. In larger companies and in the public sector, it is now common for prospective managers to be systematically prepared for their future management tasks. Those who start their own business, on the other hand, often do not have the topic of leadership on their radar. In many cases, it is not even up to date in the start-up phase. But even those who start right away with employees are usually so absorbed by operational tasks that they don't think much about their supervisor role. In addition, the associated requirements are often underestimated.

1. The boss who doesn't lead
2. Accept the leadership role
3. Take your time
4. Develop leadership skills
5. Talk to each other
6. Fast and sustainable changes through coaching

After completing his specialist training, Mr. M. joined the practice of an older colleague. He still works for the first two years and everything is going well. Sometimes Mr M. is bothered by the harsh tone that his colleague uses towards the two medical assistants. But apparently they can handle it. When the colleague finally leaves as planned, the situation changes. After a while, Mr M. has the feeling that the nurses are dancing on his nose. It becomes really difficult when Mr. M. hires a young colleague. Ms. F. carries out the examinations particularly carefully and prepares detailed patient reports. To do this, she regularly works overtime. In order to relieve them, Mr. M. takes on more patients than initially planned. When Ms. F. announced a mother-child cure shortly after the end of the probationary period, Mr. M. reacted angrily about this “unfriendly behavior”. Ms. F. then accuses him of being totally ungrateful for her good work and her commitment. She said she needed the cure not least because of the high amount of overtime. After the interview, Mr. M. avoids Ms. F. and feels more and more uncomfortable in the practice. On the advice of his wife, he decides to go into coaching. His goal is to finally stop putting up with everything in practice, but wanting to gain respect. He assumes that he will have to fire Ms. F. Not only is it making completely excessive demands, it is also not bringing him the desired relief. He also doesn't feel like working with her anymore.

Many freelancers describe the relationship with their employees as difficult and conflictual. They are dissatisfied with the work performance of their employees, who often do not do what is expected of them. In addition, many self-employed people have the feeling that their own commitment to the company is not noticed, let alone valued. For their part, the employees are not happy either. They do not see their achievements appreciated, feel controlled and criticized. In many cases, conflicts also smolder within the team. The result is a high level of sick leave and fluctuation. The decision to take advantage of coaching is often only made when the situation has already been dealt with correctly. What went wrong? And, more importantly, what can be done to rectify the situation?

Academics often dare to take the step into self-employment not only for economic reasons. You don't want to work permanently in a hierarchically structured company. In some cases they have had negative experiences with authoritarian superiors during their training or afterwards and as a result have a very concrete idea of ​​how managers are Not should act. One thing is clear: when superiors “let the boss hang out” and exercise more power than necessary, they provoke resistance, aggression or passive behavior. But even if leadership is not exercised (effectively), this has negative consequences. There is a lack of clarity about functions, tasks and responsibilities. There is uncertainty, misunderstandings and efforts by individuals to fill the power vacuum ... It is obvious that this dynamic is not beneficial either. In the long run, it affects the quality of work and the well-being of everyone involved. It is therefore important first of all to recognize that the management task must be accepted. The effort also pays off economically. Because when communication is clear and appreciative, when employees are “seen” and encouraged with their strengths, interests and values, and conflicts are resolved at an early stage, everyone enjoys coming to work. They identify with "their" company, are motivated, committed and loyal.

First the bad news: leadership is an independent and additional task that ties up time resources. Freelancers in particular often concentrate exclusively on their technical work and customer acquisition. They are convinced that they simply do not have the time to actively manage employees. If a colleague takes care of the employees more intensively, this commitment is often not rewarded. What is more likely to be perceived is that the person concerned bills fewer hours, “works off” fewer patients ... But leadership is not a luxury, it is just as important as good and professional customer care. If you have any doubts, simply write down the negative effects of disagreements on the team. How often have you been angry about employees in the last few days, weeks or months? How often did you go home and / or the next day to work feeling bad about it? Are internal discrepancies and problems possibly already recognizable externally, e.g. B. because customer inquiries are answered hectically or confrontationally? What effort and what additional costs are caused by a high level of sick leave or repeated dismissals? 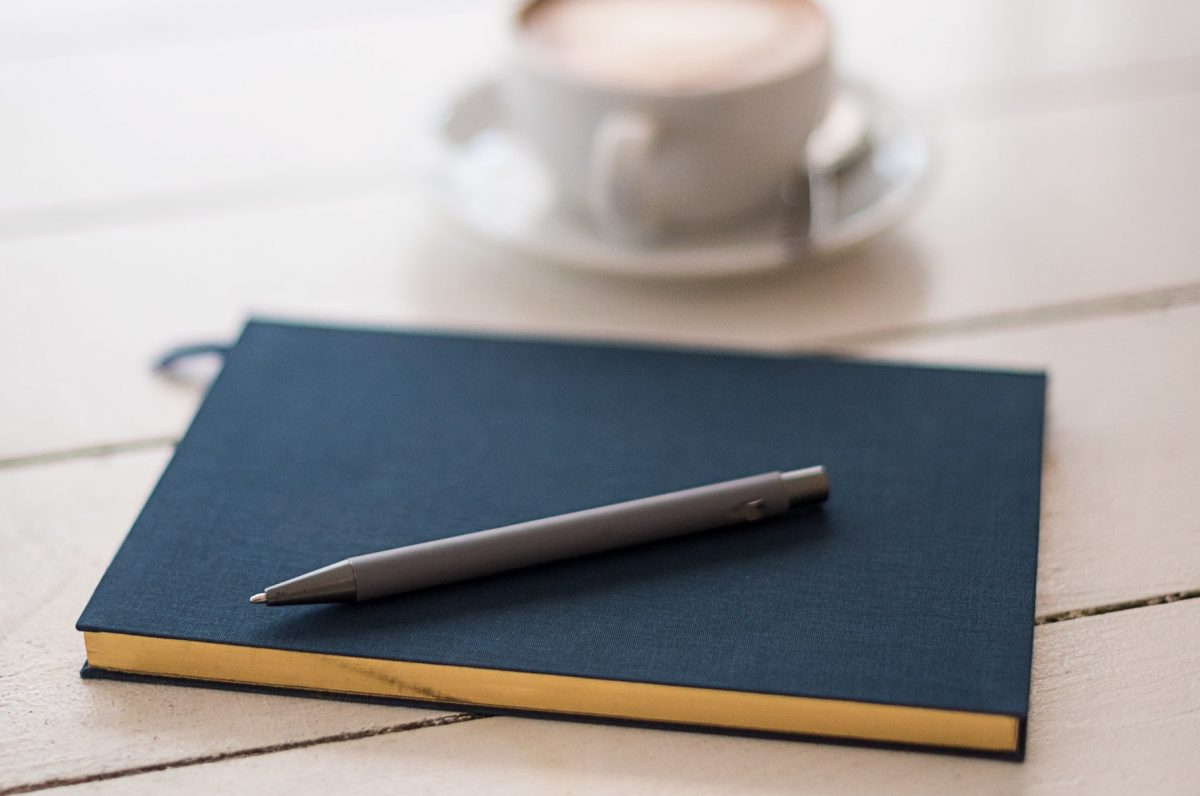 It is also worthwhile for freelancers and other self-employed people with employees to actively deal with the topic of leadership and to develop their own leadership skills. The technical expertise - e.g. B. as a lawyer, doctor, architect - does not help here, or at most to a limited extent. Other, namely specific leadership skills are in the foreground. If you (like most people) were not born with these, set about building and expanding them systematically.

If you want to lead others, you first have to know what you want yourself. What are the values ​​and goals of your company? Which rules of cooperation should apply? What roles and tasks does each individual have? Communicate all of this, because this is the only way that employees know what is expected of you.

2. A sense of responsibility

Make decisions where they are needed and stand by them; Wrong decisions can usually be corrected and have fewer consequences than a crippling decision-making vacuum.

In difficult situations, focus on solving the problem instead of complaining and looking for the person responsible. Everybody makes mistakes. Think of them as a learning experience and an opportunity to do better in the future.

Make sure that you and your employees have an appropriate relationship between requirements and resources. Do not overwhelm yourself and your team. Say 'no' when you mean 'no'.

Give your employees the opportunity to develop themselves further according to their personal abilities and to take on responsibility themselves.

Pay attention to a balance between give and take in relation to your employees. And be a role model. Do you expect your employees to always be friendly and patient with their customers? Then you too can avoid hectic and confrontational discussions with your employees in stressful situations.

Question your leadership behavior at regular intervals. Perceive your own thought and behavior patterns and their effects and consciously develop yourself further.

Talk to each other

We tend to infer others from ourselves, that is, to assume that our counterpart has the same perceptions, feelings and needs as we do. Many superiors feel that they have clarified everything necessary in relation to their employees. During the coaching it turns out that there was not even an induction interview with the new employee. People think differently! The basic attitude towards work and the individual working style of each individual depend on their personality, previous experience, values, interests and talents. Communicating your own ideas and requirements unequivocally is therefore essential - especially for employers. If expectations remain unfulfilled, disappointment quickly sets in. Over time, this often turns into anger or anger. There is constant criticism and (mostly) at some point a big bang. It is not surprising that the other side then feels that they have been treated unfairly; after all, she has no idea what she did wrong. 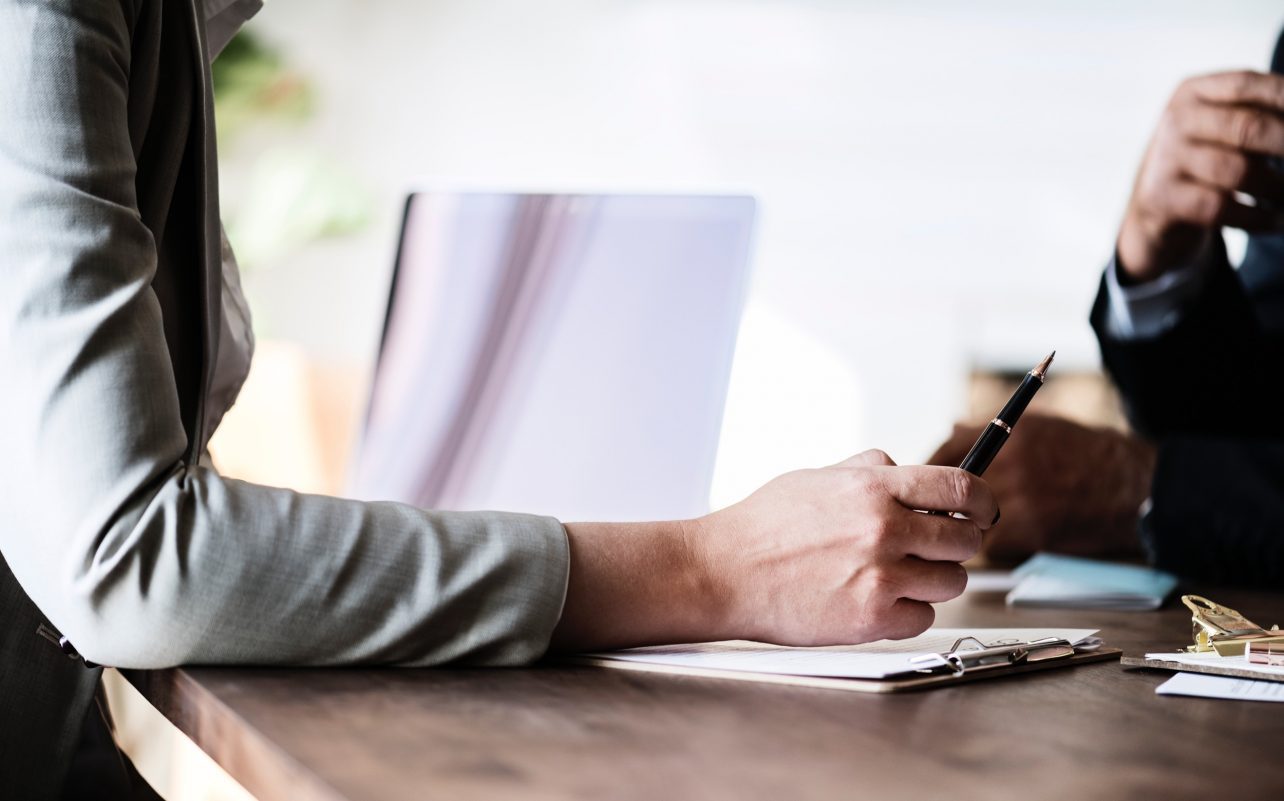 Organizing the necessary communication is one of the most important management tasks. And not only during the interview and / or induction interview, but again and again. Motivated employees will - within an appropriate framework - willingly adapt to the different requirements of their bosses. It is frustrating, however, when they only gradually learn what is expected of them through criticism and accusations. That is why it is not enough just to talk to one another "between the door and the hinge" now and then. As a manager, you should regularly plan time slots in which you can sit down and relax with each of your team members. The aim is to reflect on previous cooperation, to organize the future, to compare expectations and to get to know each other better and better. Announce employee appraisals well in advance, inform the interlocutor about your agenda at an early stage and ask about your own topics. Allow an appropriate time frame, prepare the conversation carefully, ensure an undisturbed environment and look forward to the exchange.

Fast and sustainable changes through coaching

After three coaching sessions, Mr. M. had two longer conversations with Ms. F., which were intensively prepared in the coaching. In the fourth session, Mr. M. reports that he is now really enjoying going to work again and that the relationship with his young colleague has improved a lot. He was totally amazed at how much the few conversations had brought. Ms. F. also seems much more relaxed and practically no longer works overtime. At the same time, it now clearly relieves him. In relation to the medical assistants, he now dares to immediately address errors that he had previously overlooked in order to avoid offended reactions. He had the feeling that the employees could handle it well and were finally taking him seriously. Mr. M. decides to hold regular one-on-one meetings with all members of his team in the future. After the first discussions in coaching have been prepared and successfully led by Mr. M., Mr. M. feels confident enough to carry out the preparation on his own.

As part of executive coaching, I support self-employed and freelancers in fulfilling their leadership role professionally. After a brief inventory, we will jointly develop a vision for future good cooperation and start implementing it. To this end, we clarify the requirements for good leadership and your self-image as a manager. We deal with your strengths and weaknesses, interests and values ​​as well as with any obstructive beliefs and patterns. We consider the previous communication in the company, the strengths and areas of development of the employees, the mutual expectations and needs. Together we define specific management tasks - from introducing regular employee appraisals to changing responsibilities. After a short time you will notice positive changes!

I would be happy to accompany you on your way to becoming a professional manager. Make an appointment for a free preliminary talk.