Have you always wondered who is really in charge in Hell and how you spend your time there?

We will introduce you to the boss personally - and of course his son, Lucifer junior.
Lucifer junior, or Luzi for short, is the true son of the devil. Unfortunately, he's far too good for Hell - at least if his father has his way. That is why Luzi is now going to a place where you can learn how to be angry from the ground up: on earth. But instead of making friends with the nasty Torben and his group at the Sankt Fidibus boarding school, Luzi - who everyone there knows as Vitus - prefers to try delicious chocolate and meets a girl for the first time ...

Punishing people, torturing souls, day in, day out, twenty-four hours a day, seven days a week - that is exhausting, but for Lucifer the most beautiful work he can imagine. That is exactly why he wants to pass on his post, head of hell, to his son Luzi. 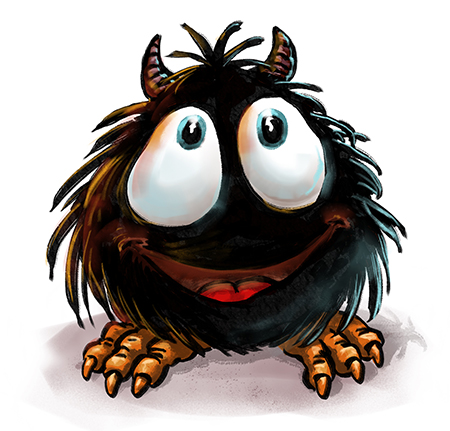 Do you have a pet? Cornibus is something like that, at least in Hell: a house demon. Unlike our pets, Cornibus can talk and transform into any animal one can imagine. Sounds practical, but have you ever had to share a bathroom with an elephant ?!
<?