Why are puppies cute?

When dog pups are cutest

Oh how sweet! We are traditionally very attracted to puppies. But there is a very specific age at which they delight us the most: As an experiment shows, they are particularly irresistible to us around seven to eight weeks after their birth. Interestingly, it is exactly at this age that the mother breaks the cord from the pups. They are then particularly vulnerable and increasingly dependent on human care.

Big eyes, pronounced forehead bulge, rounded face: this combination of body features suddenly triggers positive feelings in people. We are blown away, want to protect, take care of ourselves and can only think "Oh, how cute." The child pattern works - and not only with human children, but also with baby animals. Of course, this is especially true for the offspring of our proverbial best friends, the dogs.

But when does the cuteness of these little creatures reach its peak? Is there an age when we perceive puppies to be particularly cute? Clive Wynne of Arizona State University in Tempe and his colleagues have now investigated this question. For their experiment, they showed 51 subjects photos of puppies of different ages - from the first weeks of their life to young adulthood. On display were young of three breeds that looked very different: Jack Russel Terrier, Cane Corso and White Shepherd. 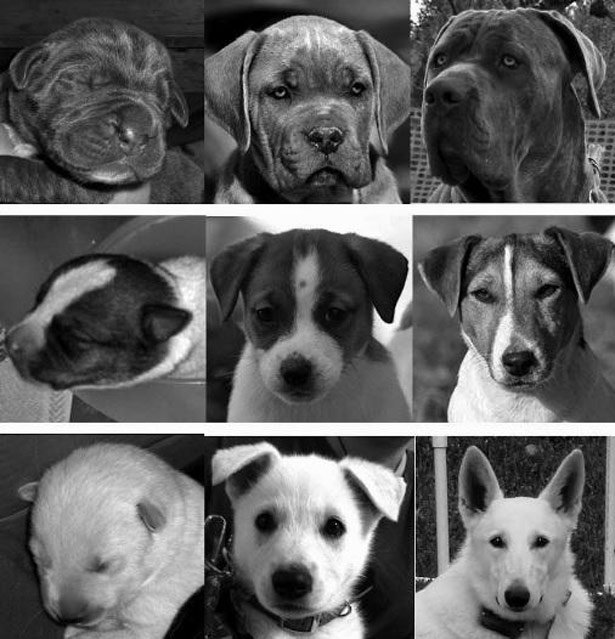 Photo Review: Which Puppies Are Most Irresistible? © Arizona State University

Participants were asked to rate how attractive they found the dogs to be using a scale. At what age would the puppies delight them most? A clear pattern emerged: immediately after birth, the puppies appeared to be the least attractive, and with increasing age they were rated more and more positively. The animals of all three breeds reached their peak of cuteness between around seven and eight weeks of age. After that, the subjects' rapture ebbed again.

The interesting thing about it: The puppies pull us under their spell at a crucial turning point in their lives. “It is the time when the mother dog is increasingly withdrawing from her pups and they have to start walking on their own,” explains Wynne. Exactly when the young dogs are vulnerable and lonely, they seem most irresistible to people - and find a new carer in them.

According to the researchers, the fact that nature has arranged this so skilfully indicates the long and close relationship between humans and dogs. "Dogs have evolved through their domestication history to become dependent on human care," says Wynne. To be able to form a strong emotional bond with us is immensely important to them and possibly a reason for the species' thousands of years of success.

In order to research this phenomenon further, the scientists are planning further studies in the future: For example, do the awkward movements of the puppies also play a role in the assessment of their cuteness? And what does the mother dog actually think about the attractiveness of her offspring in the different age stages?

“These connections provide another piece of the puzzle that represents the relationship between humans and dogs,” says Wynne. “Of course, our results don't mean that we stop loving our dogs as they get older. The eight week point in time is just the moment when the animals' ability to pique our interest is greatest. Once they have cast a spell on us, we are addicted to them for the rest of their lives. "(Anthrozoos, 2018; doi: 10.1080 / 08927936.2018.1455454)