What is IP multicasting

IPv4 multicasting is a method of delivering an IP data stream to many participants at the same time. It corresponds to broadcasting, in which there is one transmitter and many receivers. A typical use case would be the streaming of TV or video data. This is a problem with IP (Internet Protocol) because the sender would have to send separate data packets for each recipient, which could lead to overloading for many recipients.

With IPv4 multicasting, not every recipient is supplied with its own data stream. In principle, the data stream is only sent once by the sender. It only multiplies in the branch points where the multicast receivers are located. In this way, the parallel transmission of the same packets is avoided. In the case of the sender, the load does not increase with the number of receivers. The available routing and transport capacity is better used.

In practice it is difficult to implement multicasting. Multicasting requires a multicast-capable infrastructure on the entire transmission path. The multicast method must be activated in all routers. Especially where it goes from the core network to the access network. But the access network operators are not interested. It doesn't help you if multicasting is activated. That is why multicasting can usually only be found in privately controlled subnets.

Multicasting and broadcasting with IPv6

Broadcasting no longer exists with IPv6. Only multicast is used here. The use of multicasts instead of broadcasts significantly reduces the network load. Multicasts can be routed across subnet boundaries with IPv6. In addition, there are finally enough addresses available.
With multicasts, applications become independent of the network topology. And the network load on the connected nodes is also reduced. 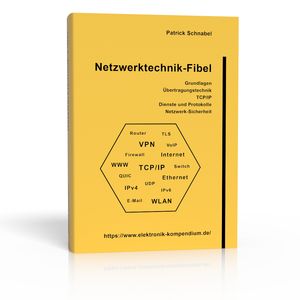 Everything you need to know about networks.

Everything you need to know about networks.