Spirituality and philosophy are the same 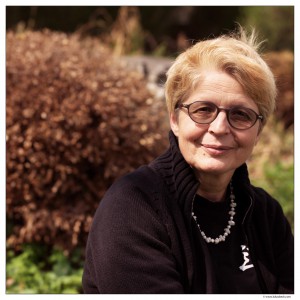 Philosophizing is a process of questioning, differentiating, justifying, rejecting; of grasping and judging thoughts, a never-ending process that always remains fragmentary, as new paths, perspectives and prospects open up to thinking. Spiritual practice is no different from the practice of philosophizing in this respect. Historically, one could discuss the relationship between “spiritualitas” in contrast to “corporalitas” and “materialitas” with profit. The contemporary use of the word is different: Today one speaks not only about different forms of Christian, Buddhist, Islamic etc. spirituality, but also of “ecological” or “atheistic spirituality” and does not mean abstract teachings, but ways of life that express certain worldviews result. It can also be about the relationship between “materialitas” and “spiritualitas”, but above all ethical questions are discussed under the heading “Spirituality”, which concern existential issues such as love, illness, dying, but also the question of how to deal with can cope with the demands of everyday life or live good relationships. Spirituality in the contemporary sense can be understood with Susan Sontag as “plans, terminologies, possible attitudes, which aim at the human condition to solve inherent painful structural contradictions, to perfect human consciousness, to reach transcendence "(in: The aesthetics of silence). The answers to the finiteness of human existence are articulated in systems of symbols whose moods and motivations for action give them an “aura of facticity” (Clifford Geertz). Spiritual practice moves questioningly and reflectively in these symbol systems. Where there is questioning and reflection that reveals one's own requirements and keeps them open, spiritual practice is philosophizing and vice versa. But speaking is different: Philosophy takes a distance and constitutes distance. Spiritual practice is about an intimacy that knows and needs language but is not absorbed in it.

Presumably Plato, Aristotle, and most ancient philosophers would not distinguish between spiritual practice and philosophizing. For Aristotle (NE 1141 a 19) wisdom combined intuition, i.e. insight into the origins (τὰ ἐκ τῶν ἀρχῶν εἰδέναι) and discursiveness (περὶ τὰς ἀρχὰς ἀληθεύειν). Another example: the radical skepticism of the Indian philosopher Nagarjuna is spiritual practice and / or philosophizing - depending on motivation and perspective. The systems of explanation of the world that regulate everyday life in the industrial and information society require, in contrast to antiquity, a separation of discursiveness and intuition. This narrows the field of social reflection and favors totalitarianisms that appear as “spirituality”. Intercultural, polylogical philosophizing, for example, could question this separation and separation and show models of reflection on systems of symbols that combine spiritual practice and philosophical arguments.

Ursula Baatz is an author and science journalist as well as co-editor of “Polylog. Journal for intercultural philosophizing.

Philosophizing is not a spiritual practice. Even if there may be parallels in goal and method, there is still no identity between the two.

Philosophy is a scientific search for wisdom. The pursuit of wisdom gives philosophy a face that is remotely similar to that of spiritual practice. There is no doubt that philosophy has an indispensable existential moment. It not only aims at knowledge, but also at self-assurance and world interpretation, that is, at a more in-depth, more conscious lifestyle. Philosophy is rightly expected not only to provide us with information about the circumstances in which we live, but also, according to a traditional definition, to be “ars moriendi”: it should enable us to live the life we ​​live to experience more intensely and to shape it more consciously. If it gives up on this goal, it loses its justification in society and culture. So in the aim of striving for a deeper and more conscious life for ultimate reasons, philosophy agrees with the spiritual practices and great religious wisdom teachings. In her methods, too, she is definitely reminiscent of spiritual practice, or better, spiritual practice reminds of philosophy. Because serious spirituality, like science, requires discipline, perseverance, distinction, the ability to abstract and be tolerant of frustration.

The crucial difference between philosophy and spiritual practice is that spirituality may be reasonable and rule-based “in itself”, but is not shaped out of reason as its ultimate and only authority. It is true that spiritual practice often makes use of sensible methods and techniques. Spiritual practice is also sensible in its objective, since it is aimed at the formation of wisdom attitudes, which philosophy also strives for. But spiritual practice does not act out Reason. She draws her insights from sources that see themselves as extraneous or super-rational, from the transcendent, divine, otherworldly, mysterious, from the depths of the other of reason - the classical realm of religiosity. If spirituality does not cut the relation to religion, then spiritual practice lives from sources of orientation that ultimately elude a reasonable justification. If, however, as is so often the case, spirituality is understood to be a general, free-floating practice without any explicit reference to religious content and theological teachings, then the boundaries between the esoteric and the occult threaten to blur.

Authentic spirituality and philosophical reflection go hand in hand, but are clearly differentiated: By reminding us of the difference between belief and knowledge, experience and reflection, spirituality can remain clearly defined and determined. A spiritual practice understood from there, in turn, complements the philosophical reflection by transcending purely scientific practice. Philosophy and spirituality are valuable sources, which cannot be played off against one another, for a final orientation of conscious human life.

Thomas Schmidt is Professor of Philosophy of Religion in the Department of Catholic Theology at Goethe University Frankfurt.